No milk without water: Drinking behaviour of dairy cows

Feeding in modern dairy farming is very challenging. Farmers have to put a lot of effort into it – feeding plans, formulation of ration and feed quality. However, often not enough focus is put on the water intake, even though it plays a vital role in milk production, control and regulation of body temperature and many other body functions of cows.

Read more about the importance of regular water intake for milk production and how smaXtec helps you to continuously monitor the drinking behaviour of your dairy cows in the following article.

Water serves a lot of functions in the body of a cow. Not only is it a solvent, but also a coolant and transport system. Without a sufficient amount of water, milk production also reduces.
Cows need around 60 to 120 liters of water per day. The amount needed depends on animal weight, daily feed intake and environmental temperature, but also milk yield and lactation day. A dried-off cow for example needs approx. 50 to 70 liters of water a day. A high-lactating cow needs up 200 liters on a hot day. [4]
Drinking water covers 80% to 90% of a cow’s daily water demand. The rest is taken in through feed. [2] Per day cows go to the drinking trough between 3 and 10 times, out on pasture between 2 and 5 times, where they drink about 5 to 8 liters water per minute. This number may even be a lot higher – up to 25 liter per minute. Dairy cows need the most water after the milking process and feed intake. [3]

The following table[1] shows how much water a dairy cow (approx. 700 kg) needs in liters per day: 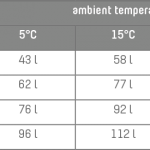 If animals do not have sufficient access to water, they consume less feed and their performance and activity levels drop significantly. They also excrete less urine. However, the concentration of urine increases. This can lead to increased possibility of disease and even poisoning.[4]
Is a cow not able to cover the demand of water she needs, it may lead to stress. Especially during the summer months, the combination of lack of water and high temperatures strain the animal’s organism and metabolism, causing the animal to eat less and thus giving less milk.[4]

How does the continuous measurement of water intake work with smaXtec?

It's clearly shown,the drinking behaviour plays an important role in many processes in a cow’s body – from milk yield to body temperature regulation. But how can the water intake be observed reliably and problems be detected early? The answer: with the smaXtec health system!
Due to the position in the reticulum, the bolus measures high-quality accurate data. One of the parameters measured is the water intake. In the smaXtec Messenger and smaXtec App the drinking cycles can be viewed individually in a diagram. When the system detects irregularities you automatically receive a drinking alert. By the means of these drinking alerts, farmers can take fast measures and monitor the health status as well as the feed intake.

What are the benefits of such notifications? Abrupt changes in drinking behaviour are the first signs of a serious disease or an indication of an inadequate water supply. Claw diseases in particular can be detected at an early stage through reduced drinking cycles, as the animals avoid going to the drinking trough due to the pain.

smaXtec customers report that continuous monitoring of their animals' drinking behaviour has many advantages. In addition to the early detection of diseases such as lameness, problems such as broken or dirty troughs and poor water quality can also be quickly identified thanks to smaXtec. This is shown by a success story from Vet Tommy Heffernan and an Irish smaXtec customer. The farmer received a large number of drinking alerts over a longer period of time. However, no health problems were visible. After a thorough examination of the water, it turns out that the water was heavily contaminated with bacteria. Due to the poor water quality, the animals drank significantly less, which was reliably detected by the smaXtec system. The problem was solved and the animals are optimally cared for again.

How does the smaXtec bolus measure water intake? 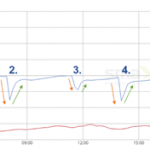 You want to talk to your regional smaXtec expert?