Even before buying the system, Manuela Illgen was convinced that smaXtec is going to work very well with a herd of this size and has a positive influence on the work in many ways. "With such a large herd, you can't take temperature manually in all cows every day. But thanks to smaXtec and the continuous measurement of important parameters such as inner body temperature, we always know how our animals are doing," Manuela Illgen, herd manager, explains.

smaXtec is an integral part of the daily work on the farm of AG Langenchursdorf. In the morning, when Manuela Illgen comes to the barn office and starts the computer, she immediately knows which cows need her attention that day. "If you are familiar with the smaXtec system and the diagrams in the Messenger, it is very easy to tell which disease the cow is suffering from by simply looking at the curve," Manuela Illgen reports. With this valuable information, conspicuous animals in the barn can be treated early on.

Since using the smaXtec system, they have been able to detect diseases before they actually break out and external symptoms are visible. The herd manager says: "Thanks to smaXtec, we are able to detect health problems such as udder diseases one day before our milkers notice them. Nothing is yet visible on the udder itself, but smaXtec has already detected an increase in inner body temperature". If Manuela Illgen receives a temperature alert, she immediately informs the milkers in the milking parlour. If the California Mastitis Test carried out confirms mastitis, the animal is immediately treated with weak medication. This way, they save a considerable amount of antibiotics. Furthermore, thanks to the early treatment, the milk yield does not decrease in any stage. "If we would only detect the disease during milking, the disease would be much more advanced, the disease progression would be way more severe and the milk loss would be much greater", Manuela Illgen adds.
On the farm of AG Langenchursdorf eG, the smaXtec system not only provides reliable support in the early detection of diseases, but also in oestrus and calving detection.

Manuela Illgen would definitely recommend the smaXtec system to both large as well as smaller family farms. Thanks to the early detection of diseases, you savs time, money and antibiotics. 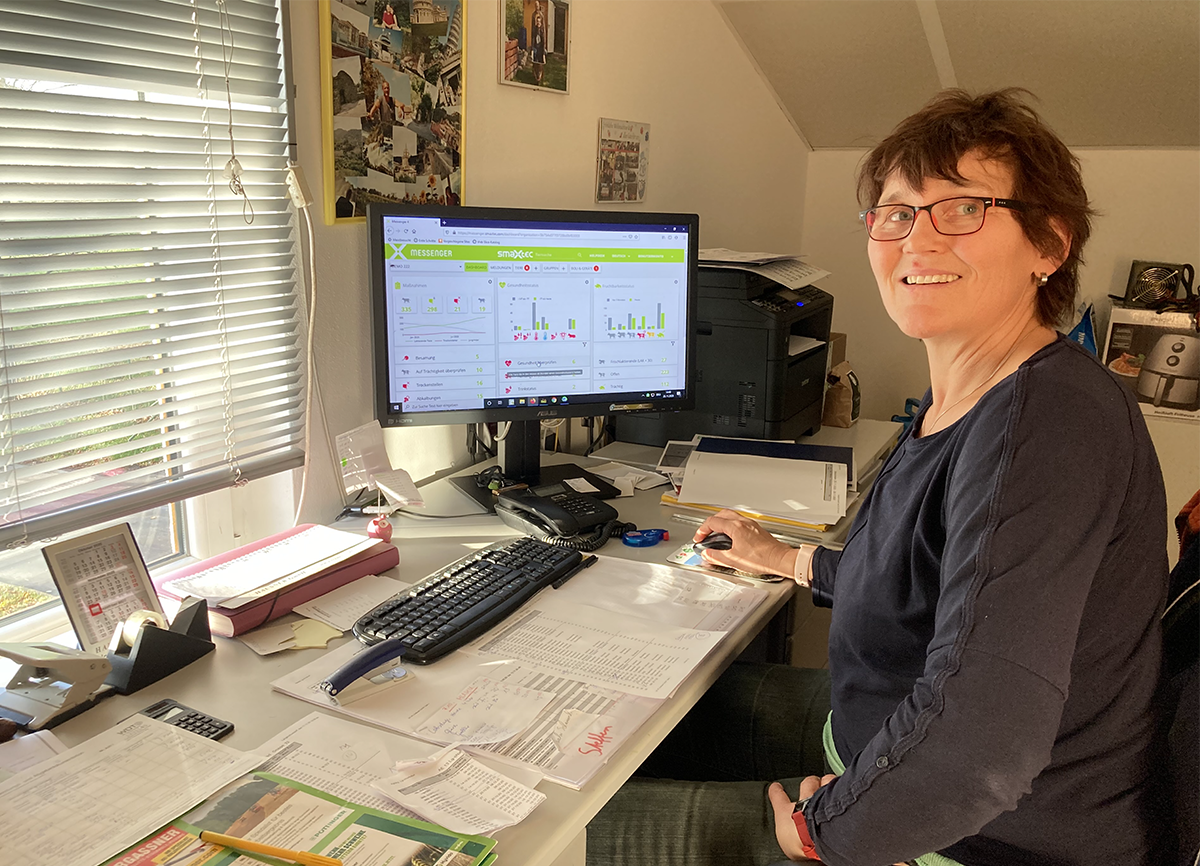