Kümpers GmbH has been using the smaXtec system on its dairy farm since September 2019. The main reason why they have chosen smaXtec and continuous monitoring of their herd is that they cannot guarantee people looking after their cows 24/7. For this reason, the exact time of oestrus could not always be determined. Another problem was that they were not able to identify and inseminate animals with a silent heat early and quickly enough.

A lot has happened since the smaXtec system was installed at the Kümpers farm in North Rhine-Westphalia. For example, the heat detection rate has improved significantly and the use of hormones has been significantly reduced. With the help of smaXtec, Philipp Deitmer and employees are able to recognise animals that have not shown clear signs of heat much better and can therefore inseminate them at the right time. Especially in the summer months, when the animals spend the day on the pasture behind the barn, the oestrus detection of the smaXtec system is indispensable. Although they do not always have the animals in view there, they can determine the time of heat extremely accurately thanks to the retroactive data readout and inseminate the animal at the right time. The smaXtec system also monitors oestrus for Kümpers GmbH on Sundays and holidays.

smaXtec is also a great support for Kümpers GmbH in the area of health. Thanks to the temperature alerts, diseases can be detected at an early stage. Often there are no external signs of disease visible yet, but smaXtec has already sent a notification. "For example, we receive an increased temperature alert. But flakes in the milk can only be detected one milking session later," says Philipp Deitmer.
smaXtec has become a vital element of the daily working routine on the Kümpers GmbH farm. Both the push notifications and the smaXtec Messenger Dashboard are in use. Three times a day they go through the dashboard on the barn PC to identify conspicuous animals. Often they also compare smaXtec and their herd management program and see whether the animal was also recognized as conspicuous there.

What they particularly like about smaXtec?
Philipp Deitmer particularly likes the measurement of body temperature inside the cow, as it is not influenced by disturbing factors such as the outside temperature. "smaXtec measures very precisely what is going on inside the cow. That is exactly what we are interested in," he adds. He also likes that fever or increased temperature is not measured on the basis of an absolute value. "It is very nice that the animal-specific factor is taken into account so strongly in the measurement.”
Also, the possibility to compare animals by means of the diagrams is very helpful for them. Healthy cows can be compared with supposedly sick animals and thus the deviations can be analysed exactly.

Philipp Deitmer would definitely recommend smaXtec because the boluses are extremely easy to use. "I don't have to check whether the device is correctly positioned on the muscle, as I would with collars. I administer the bolus and the cow is ready to go. I do not have to change or adjust anything. Once the bolus has been administered it’s all done," he says enthusiastically. 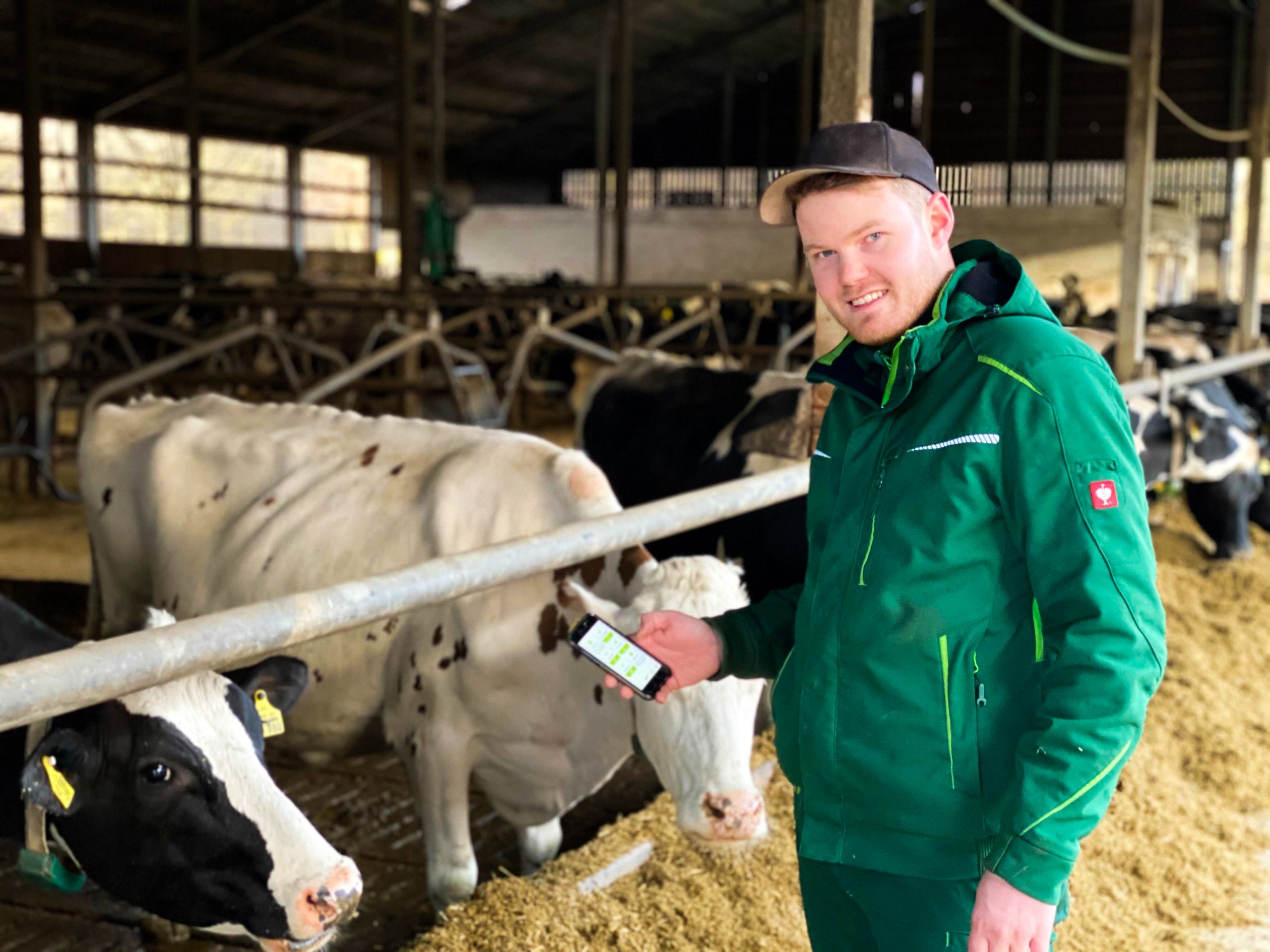