Joe Gardiner was looking at different heat detection systems for his herd in Wexford, Ireland. When he came across smaXtec, he knew that it would give them the full package.

“Heat detection is a very big part of why we chose smaXtec. Especially, the accuracy of it.” the farmer says. Joe Gardiner carried out heat detection solely with smaXtec last Autumn. As they did not need to go tail painting, they saved a massive amount of time. “And we were very lucky, we picked up heats we wouldn’t have seen ourselves.” he adds.

The smaXtec system also supports the farmer with continuous health monitoring of his 300-cow herd. Joe Gardiner says: “Big thing with smaXtec is the mastitis, usually we see temperature increases, so we are stripping the cows out in the parlour, identifying mastitis probably 2 to 3 days beforehand.”
“I suppose the first thing smaXtec opened our eyes to is water pollution on one of the farms. We had a load of alerts, so we actually thought it was a lack of water troughs in the shed.” the farmer says. After adding more troughs, they still received multiple alerts. After carrying out different tests, they found out about the massive water pollution, they would have never seen without smaXtec.

“Overall, we are delighted with smaXtec. It really fits in with what we are trying to do with performance, animal welfare and antibiotic reduction and looking forward to seeing where we can take this in the future.” the farmer concludes. 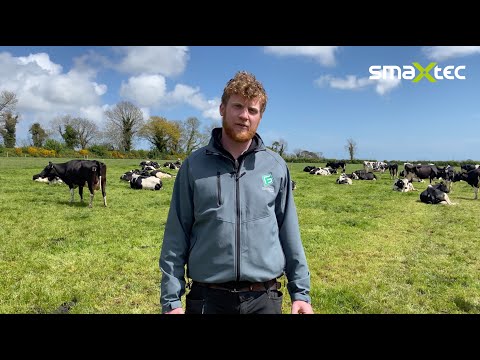 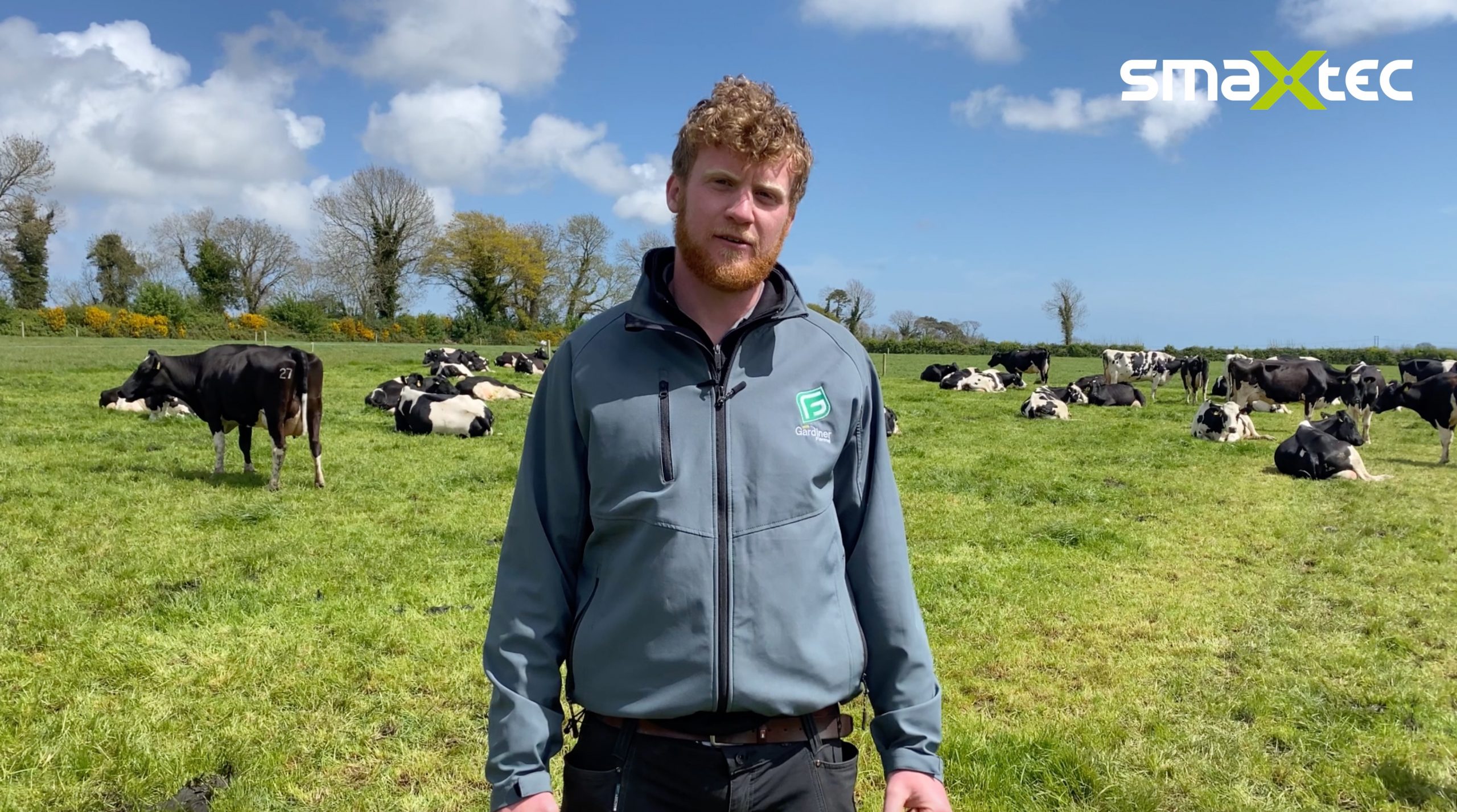